News Opinion
By Aye Chan Khaing
Interview with a hero Recently Myanmar National Airway (MNA) flight number UB 103 could not extend its nose landing gear at Mandalay Tada-U airport and the aircraft had to make an emergency landing without the nose landing gear. We interview Captain Myat Moe Aung, pilot of this UB 103, who saved many lives.

Q: Please tell us how did you take your decision to make an emergency landing?

A: We made a normal approach to a runway with normal procedure. We put the landing gear down. And then we saw the warning sign ‘unable to extend’. I took all the controls from my First Officer when I saw this warning sign. Then I followed all emergency landing procedures. I informed the air traffic control (ATC) to identify and confirm our situation. I descended my plane from 2,000 feet to 1,000 feet. I informed ATC we would make fly-past on Mandalay international airport and requested them to identify and confirm the position of our landing gear.

I checked my fuel. We had about 12,000 pounds of fuel when we took off from Yangon airport. We normally consumed about 5,000 pounds in Yangon-Mandalay flight. So at that time, we had about 7,000 pounds left in our plane. I circled the airport to burn out my remaining fuel. Finally, about 6,000 pounds were left in the fuel tanks after making fly-past. The intention of doing this is to lessen the impact of an emergency landing. The heavier the plane, the more the impact. So we did hold our plane for about 20 minutes in the air. After doing that we had only 3,000 pounds of fuel left with the yellow warning. When we looked back at this entire process, I had coordination and cooperation with my co-pilot, first officer and all cabin crew. I first informed my cabin crew. I told her prioritise our passengers. I had many more things to do at that time. I informed my passengers through the PA system to follow all instructions given by my cabin crew in both English and Myanmar and told them about our current situation. I really appreciate and thank the passengers for strictly following the instructions given by my cabin crew. Even after landing, I did all the procedures of an emergency landing. Our engines were not damaged in landing. It suffered only exterior minor damage.

Q: Captain, how did you feel when you had to tell the passengers?

A: I decided to take the risk. The result and consequences of this landing would be more or less severe. And another worry is about the engines. My main concern was the safety of my passengers. My plane’s touch down in this emergency landing should not be banked. Our touch down must be smooth. I told my first officer, ‘We will pull yoke together as much as we can and we will let nose down at the last resort. I gave him this briefing very clearly. We had had a similar emergency situation before but this incident was serious and different. Landing gear failure is a very rare case and it has a chance of only one in every 10,000 times. But we had no choice we must land our plane in an emergency landing. My main concern is the safety of my passengers. And then another one is damage and I considered how to do it for minimal damage and impact. These are what I was thinking at that time in my mind. I made myself calm down. And I told my first officer (FA) to be calm down too. And also I told my cabin crew to be calm.

Q: What challenges did you have when you decided to make this emergency landing?

A: Yes, there are many challenges. The major impact point is our cockpit part of the plane. We had  a burning smell from wiring and friction on the runway. Our cockpit was filled with smoke. Even after I could fully stop, we had difficulty in reading our quick reference handbook and checklist because of this smoke. Then I opened my side window and the smoke disappeared in my cockpit. And then we could do post-landing procedures. We felt asphyxiation caused by the smoke. This is another lesson for us. It would have been okay if we had worn the smoke goggles during the emergency landing. But we did not do this as it was not included in emergency landing procedures.

Q: Are there any similar situations of nose landing gear failure in the world too?

A: Yes, there were many. You can see them on YouTube. There were many similar cases of having difficulty in landing without fully extended and locked nose landing gears and belly landings etc. Mechanical parts failure and mechanical errors are common and it is difficult to say. But all these aeroplanes are FAA (Federal Aviation Administration) approved. These Embraer aeroplanes are used worldwide and it is the third largest aircraft maker. Its devices are world famous and world standard. Its new productions are high tech and very good. Faults are unavoidable. After this incident, the aeroplane was pulled up by using a crane to see what happened to our nose landing gear. Then the air maintenance mechanics saw the wheel bay door was partially opened and the nose wheel was not in the correct position in the wheel bay with the transverse position. The reason for this incident can be fully known only after the investigation report is released.

Q: Like this incident, we heard that you have had a similar emergency landing at Sittway airport too in 2017. Please tell us about it.

A: At that time it happened at about 7:30 in the evening. We took off at 7:30 p.m. There is an electronic bay or e-bay in the front of the nose landing gear bay. There is a wire seal in that bay. With the high pressure on these wire seals, it leaked and we got the smell in our cockpit but it happened slowly. These foul smells entered our cockpit with a hissing sound. And then I asked my cabin crew what happened there. They replied nothing happened and everything was okay. Then I realized what happened to our aircraft. We were at an altitude of about 19,000 feet at that time. We maintained this altitude and I decided to return back to Sittway airport which was only 40 miles from our aeroplane.

Q: We heard that you were a former fighter pilot and then transferred to civil aviation. So please tell us about your career history.

Q: When you were transferred to civil aviation from military fighter pilot, the types of aircraft you fly will be different. So please tell me about your experience.

A: Yes, it’s true, the types of fighters and civilian aircraft are quite different. During my military career, I had to memorize all the checklists of my fighter. We had to do this drill many times. We could answer these checklists in detail whenever we were asked, even at midnight. This is the regulation and procedures for all pilots of our A 5 fighter aircraft. These fighters are still being used in our air force. We had to change our mindset too when I was transferred to civil aviation. In our military career, we had to do all things in solo. I must fly myself, I must talk on RT myself, I must read the checklist myself and I must make the final decision and confirmation myself. In the civilian aircraft, I will the fly when I take control and there will be a co-pilot. When I am flying the aircraft, the co-pilot must do communication in RT (radiotelephone) with ATC and other aeroplanes and filling documentation. When we face an abnormal situation like this incident, we must take the checklist and read it. I cannot do the flying, reading, communicating in RT simultaneously myself at that time. This is the difference between a military and civilian career in flying. I totally changed my mindset when I came to civil aviation. Before this, I went for the ATR 72 pilot training course in 2007. 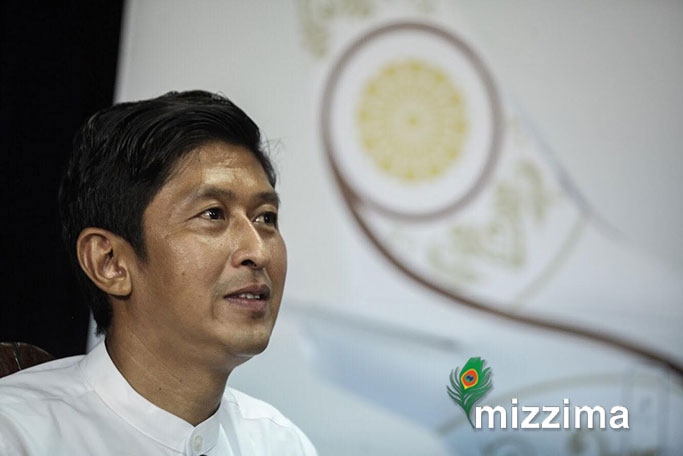 Q: How much training helped in taking such difficult a decision quickly?

A: I took this decision by combining my experience with training given by my instructors, what I heard from other pilots and what I learned from seeing other pilots’ flying.

Q: We heard that you piloted the aeroplanes in Aung San Suu Kyi’s flights. Is it true?

A: Yes, I piloted her flights many times.

Q: So please tell us experience from these flights.

Q: I’d like to know one thing. People have concerns and worry about the fitness and airworthiness of our Myanmar aeroplanes. What would you like to say on this issue?

A: We have Directorate of Civil Aviation (DCA) in Myanmar. We are strictly following regulations of our DCA. Our pilots have pilot training, cabin crews have cabin crew training and engineers have their training too. DCA issues licenses to engineers. We strictly follow all these regulations adopted by DCA. The quality is the same. We are doing all these things. In inspections too, we have to make daily inspections, monthly inspections and yearly inspections. In checks too, we have A check, B check, C check etc. Apart from these regulations, we meet the standards and regulations of international civil aviation organization called IATA and we will undergo IATA audit coming November or December. We have many regulations and training for pilots, cabin crews etc. to meet international regulations too.

Q: Sir, let us go back to this fateful flight. You made an announcement and gave instruction not to use cellphones during flight. We saw some passengers used their cellphone on this flight. What risk can you have from using them?

Q: I’d like to ask some questions about your family life?

A: My spouse is Phyu Pa Pa Thaw and I have a daughter called Ju Ju Myat Thaw. She is 12 years old. I like my career and my family lives in this life too. I am very much fond of flying and being a pilot. Yesterday a journalist asked me if I would continue flying after this accident. I like flying an aeroplane very much. Flying is my hobby and I like flying very much. I worry only about not getting permission to fly.

Q: In this accident, there are many people who thank you including your passengers. What would you like to say to them?

A: I really thank all of them very much. As soon as we got this emergency situation, firstly I thanked the air traffic control (ATC). They had to do many things, giving updated information to us in due course of time, they have to hold all incoming flights to their airport, our situation has to be updated and we have precious remedy time during this accident. They were doing all they had to do in real time. After that incident, I thanked very much to Japan Mitsubishi in Mandalay which gave in just time assistance to us, the fire-fighting team at the airport and Chief Minister of Mandalay, Dr Zaw Myint Maung, who came immediately to airport to give all necessary assistance along with many CSOs. And also my First Officers (FOs) and cabin crew. And we got unexpected assistance from two aviation police officers on duty on our flight. They exited first in evacuation from exit slide and then they gave all instructions and assistance to passengers by guiding them to run away from the plane to the safe zone. Though this is their first experience too, they gave valuable and successful assistance to us. We thanked them very much. And also I thank Mizzima very much for giving me the opportunity to share my knowledge and experience to the people through your media platform.